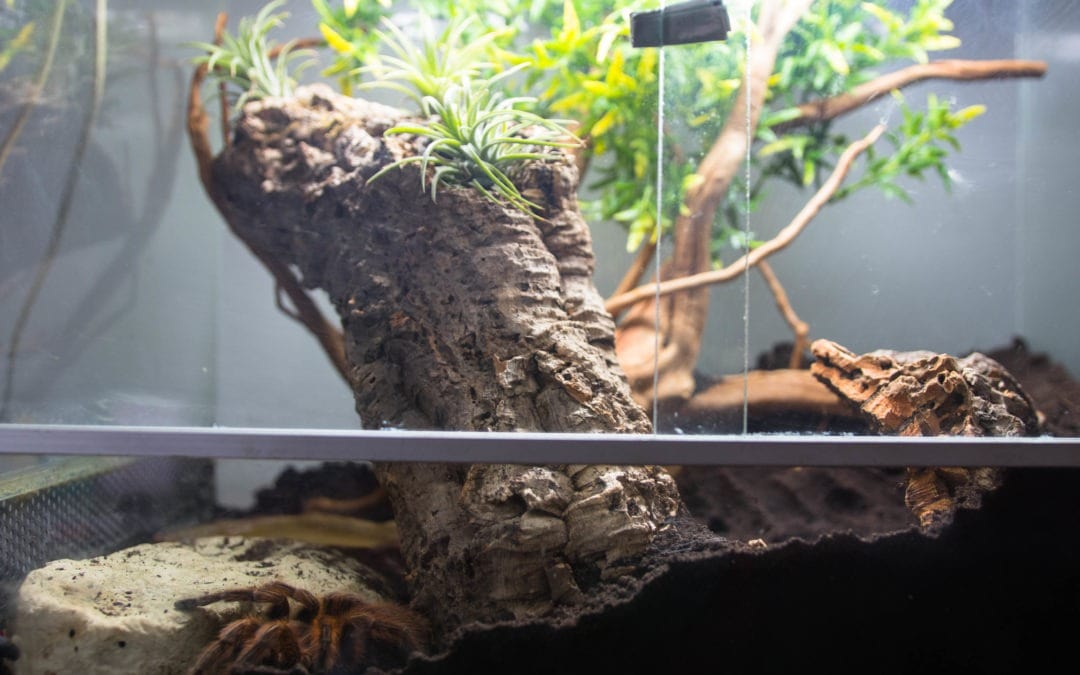 After being in Denmark for about 6 weeks I met a guy in the dormitory of a friend. This guy had an actual tarantula! I was intrigued.

Some time went by, when one day my friend tells me that the guy doesn’t want the tarantula anymore. He was going to move out and he got the spider from a friend in the first place. He knew I was interested, maybe also because I told him some facts about tarantulas which might have been new to him. So if I wanted her I could just pick her up, including her enclosure, lights, food and everything else you might need. I couldn’t say no.

So after a few days I went there with the car and two friends and I picked her up. When we got home I immediately felt the urge to redesign her enclosure to make it more naturalistic. In this video you can see what I did. When Ula (the spider) comes out of the wooden box she is at first quite uncomfortable with the soil because it is quite loose and she was used to a more hard substance, but she is a dessert species and after a few days she got used to it.

I hope you enjoy the video, if you have any comments or request for other stuff please let me know down below!