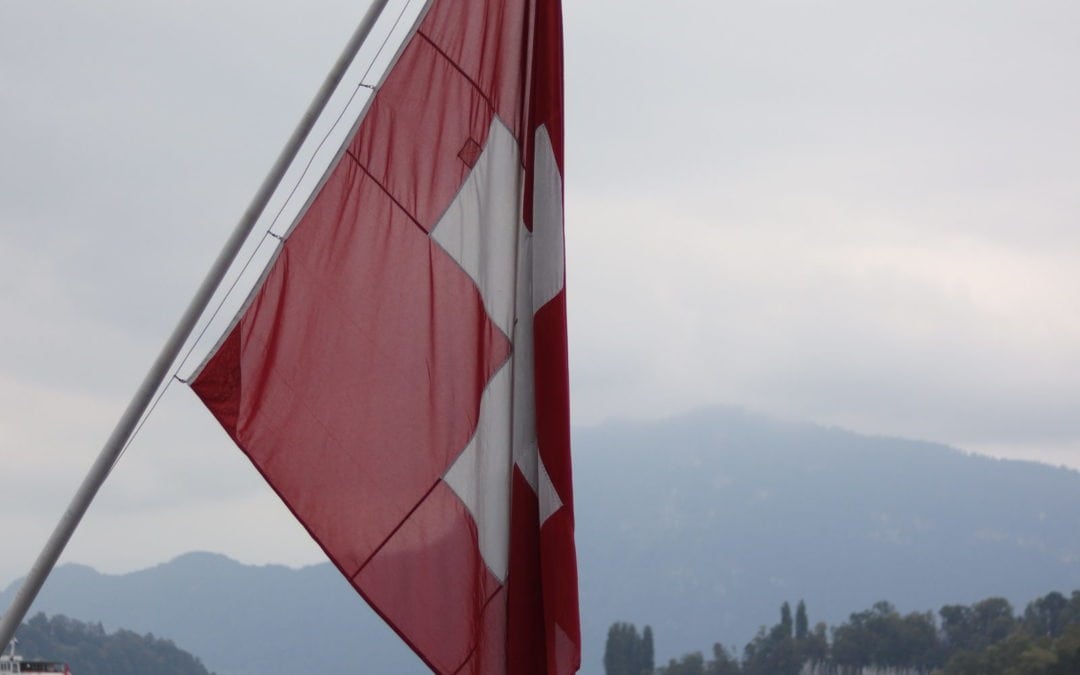 In the summer of 2018 I was chosen to go to the Summer School in Luzern. This was a week program about creating new concepts for Franke, an innovative Swiss engineering company whom make coffee machines. Our task was to create something, a platform or product which would enhances the number of customers or their willingness to pay more for example.

All the international students stayed at a hotel in the city. I shared a room with 2 other dutch people, from the same faculty. We later found out that we had the biggest room of all the students, thus the ‘twister’ parties were at our place.
On the first day of school we had to form groups. Next every group would get an egg and had to make something in order to keep the egg whole when it was dropped from the 3rd floor. This was a lot of fun. People made parachutes and bouncing things and much more and our team had a little too many ideas. So when we had 5 minutes left we decided to just tape the egg to a big piece of cardboard, which would protect the egg, no matter what angle it would fall. This worked and for a little extra we also simultaneously threw some spare eggs down.

When the groups were made the assignment was told. An employee of Franke gave us a presentation of the company and their goals and how we could contribute to this. After this we went into the city to interview people about what they like about coffee. We also observed some peoples drinking behaviours. After this we came back to create as many concepts as possible. We had a lot of divers ideas, from AirBean&Bean where people could let strangers know they are making coffee so they could join, or a big coffee making robot for the tourists.
All these concepts we would later check with people in Lucerne to get there opinions. Some of these concepts, like the robot, turned out to be not so populair. They thought it would give Franke a bad image, because of some people being afraid of robots and the future. This was really helpful.

So when we got the opinions of the people from Lucerne we could go back to the drawing board and skip or merge some ideas. This is the moment where the first glimp of our final concept came. The coffee/sushi belt. We got the idea because people, especially in the train stations are always in a hurry. And we thought, what if they could just grab it and run.
An automatic coffee machine would poor either an Americano, Espresso or Cappuccino in the cups of the conveyor belt. The cups are safely secured in see through boxes. These boxes also showed how long the coffee had been in the box for and the prices were adjusted accordingly, so old coffee was cheaper and would been taken faster.

As an addition of the speed/efficiency factor, we wanted our concept also to please de social coffee drinkers. Because a lot of people drink coffee because it is a good excuse to talk to an old friend or stranger. So for the people who weren’t in a hurry, we provided. On the cups there was either an A, B or C. And on top of the coffee machine there was a big board with the letters and a topic. So A could be ‘dogs’, B could be ‘politics’ and C ‘planes’ for example. And in the area there were tables were the people with the same letter could go and talk about that specific topic.

And in the end all the hard work was worth it too! We got different prices, for best idea, originality and best presentation. I ended the summer school with an A (98%). Of course it wasn’t all school, there was a lot of wine involved as well. It really was an amazing week with some really fun people. 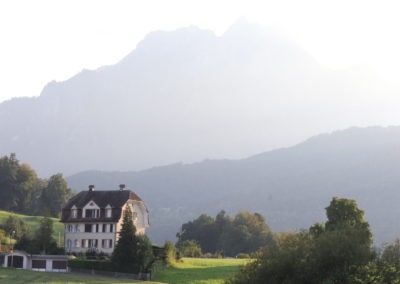 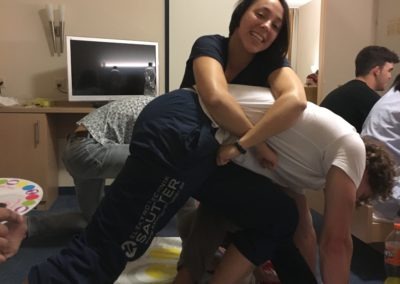 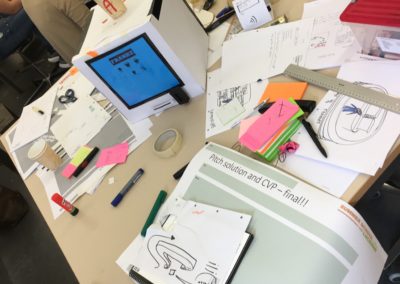 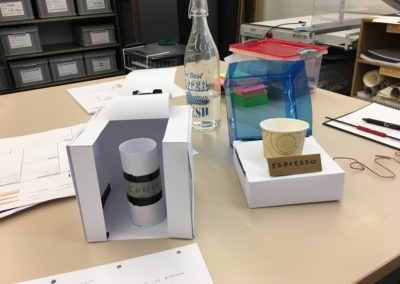 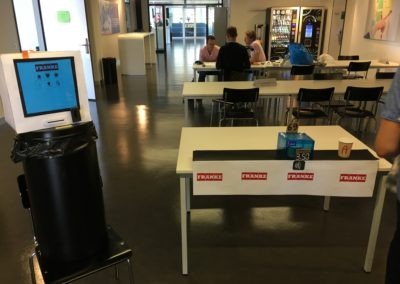 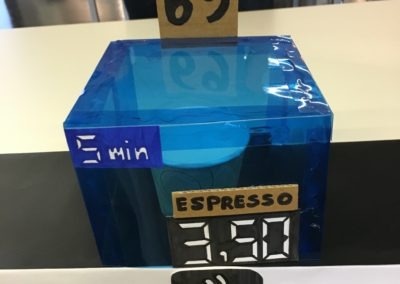 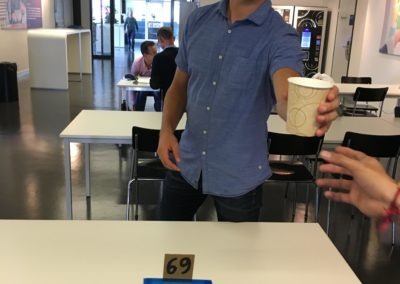 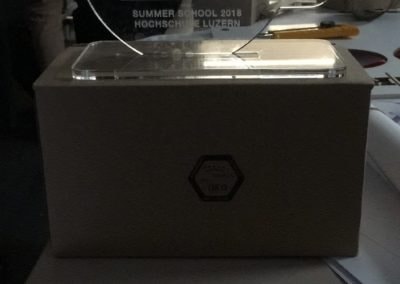 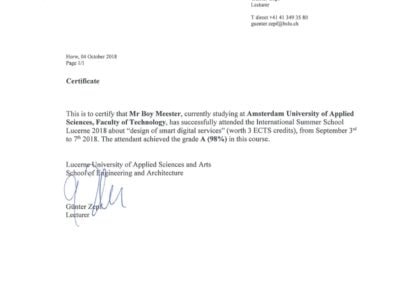